Weighing and Cleaning the Car

One of the baseline items my colleague highly suggested getting was a curb weight value before and after the conversion. He suggested going to the Jubitz Travel Center where trucks get weighed. It was a bit intimidating waiting in line with several semi-trucks, sort of like landing on the main runway of Portland International Airport with an ultralight airplane. 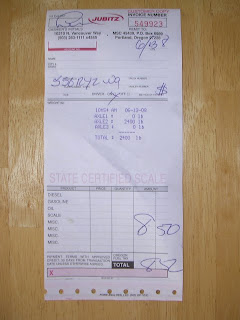 Here's the weight report (2400 pounds) with the Civic and me sitting in it. It looks like they round things out to the nearest 100 pounds. The cost to weigh at Jubitz is $8.50.

The next task today was to get the engine compartment cleaned so that I could remove the engine and have a clean bay to work in. I drove the car out to Fresh Start Detailing in Beaverton and they did an excellent job for $58. 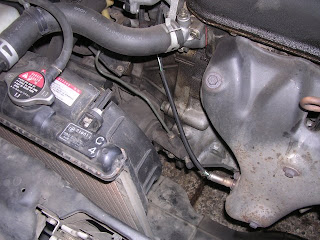 Here's looking down at the dirty transmission beforehand. 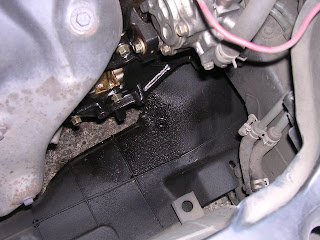 A small oil leak on the driver's side. 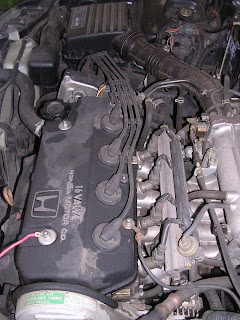 Overall view of the top of the dirty engine.

After an hour of steam cleaning, I got the following: 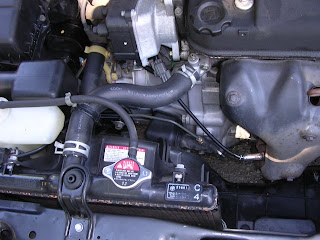 Look how clean the transmission is now. (yay!) 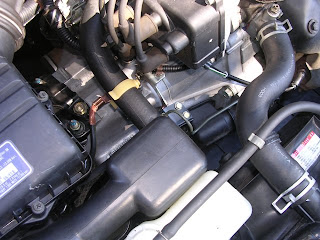 Another look at the beautiful transmission. 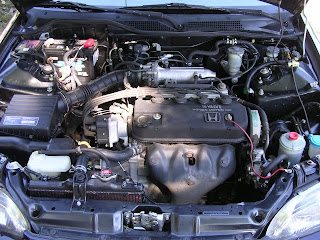 Here's the overall cleaned up engine. Note that the header on the engine is still dirty. They traded off cleaning the engine for doing a more thorough job of cleaning the undercarriage under the transmission. I'm happy that the engine compartment is clean enough to live up to its purpose as a clean-energy vehicle.

On a side note: I ran the Oregon Electric Vehicles Association Meeting last night and lost my voice after talking for three hours to answer newcomer questions. We had over 15 electric vehicles crammed into the World Trade Center in downtown Portland, probably the most vehicles I've ever seen. For those of you in the area, EV awareness day is happening on July 5th at Pioneer Courthouse Square in downtown Portland. I think this event is going to be huge this year due the higher gasoline costs.

Next Up: compiling a list of tools needed for the conversion.
Posted by TimK at 4:49 PM

You should have weighed each axle independently. The scale is comprised of 3 or 4 individual scales, and you can drive so that the front wheels are on one scale, and the rear wheels on another. It still gives you the total weight, plus a front to rear distribution. Also, you can weigh it empty if you like.

Carlo, do you know the scale at Jubitz, or just the scales in general? A F/R distribution would be great. Maybe I can run over there since Tim's already done it once.

Plus, Tim's probably lying about his weight. 140 lbs, riiiiight. :)

To bad your not in Renton WA. I know where you can get your vehicle weighed for free. And this scale goes down to the nearest pound. The only trick is you have to go there at night when the trucks that use it are all home sleeping.