Happy Belated New Year everyone! Things have been quiet on the blog recently as I've been taking a break for awhile.

Last week, I installed the tachometer in its pillar pod. 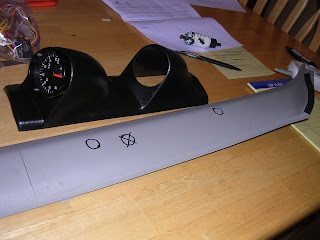 Here is the pillar pod next to the driver's side A-pillar that I pulled off. I originally marked a line (see left end) where the two-gauge pillar pod should rest. I marked where I could drill two holes to route wires through. The circle with the X through it would have been ideal for the tachometer, but... 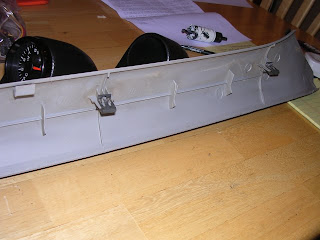 ...you can see the hole would have interfered with the metal clip on the bottom of the A-pillar, so I moved it an inch higher. 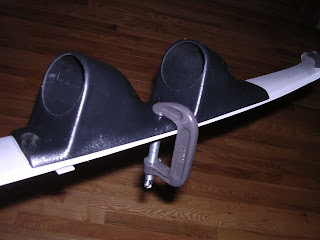 The instructions call for drilling four 3/16" holes in both the pillar pod and A-pillar to install bolts through. I clamped the two together (without the tach installed) so that it wouldn't shift around. 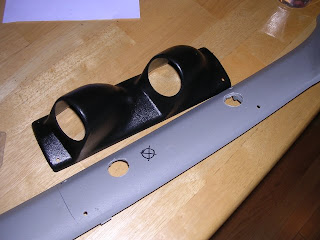 Here are the two parts ready to install with the 1" holes drilled for the wiring. 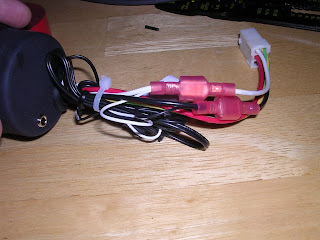 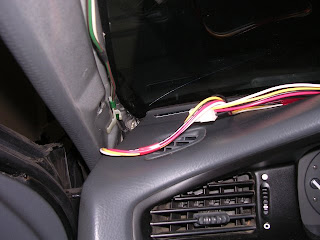 Okay, now for the hard part. The tach wiring harness simply four dangling wires attached to a connector. I placed electrical tape every 9" along the harness to make a single thick snake. I then taped the ends together and fished it down where the bottom of the A-pillar was to underneath the dashboard. 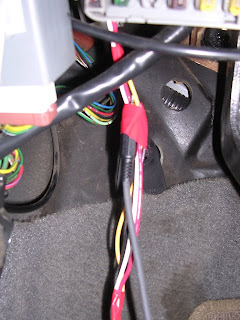 I received a special circuit from Bryan at Belktronix that plugs into the shift-light output on the tach. In order to thread this back up to where the A-pillar is, I taped it to the cable that I threaded downward and then pulled everything through to fish it upward. 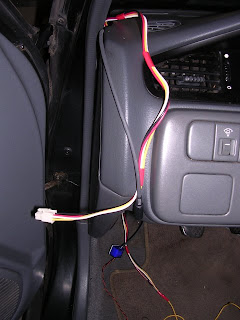 Here is the tach wiring harness with white connector and the 1/8" stereo plug that I fished up towards the base of the A-pillar. 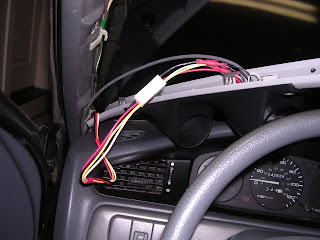 Here are those same two cables, now plugged into the back of the tachometer, which is installed in the two-guage pillar pod. 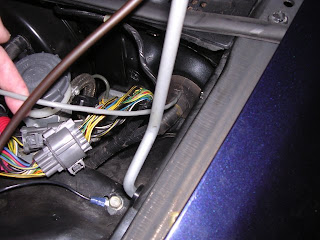 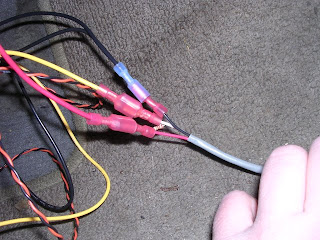 Here's my wiring scheme to connect the tach to the Zolox sensor and the car wiring.

If you enlarge the picture, you can see the small 2.2K resistor between the red and white wires just to the right of the fast-on connectors. 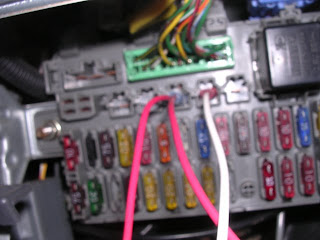 Since my Civic didn't have any options installed, getting access to the keyswitched +12V and headlight switch power was fairly easy. There are some fast-on terminals on the fuse block just above the fuses. The second from the right (white wire) gets +12V when the headlights are on. The third from the right gets +12V when you turn on the keyswitch (but goes off when you turn the key to "start"). 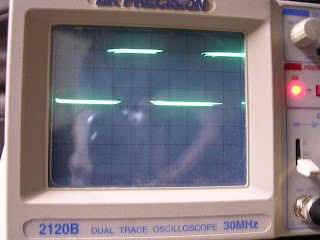 With things installed, I revved the motor and measured the pulses coming from the Zolox (4 pulses per revolution) with an oscilloscope. The picture is bad because I couldn't use the flash on my digital camera and the camera sampled multiple times. I verified that I had programmed the tachometer correctly because I was able to get 6000 pulses per minute and have the tach register 1500 RPM.
Posted by TimK at 8:47 PM